After years of saving, Sudarshan was going to buy his first hatchback car.  He had accumulated enough money to fulfill his dream of owning a car.  Finally, his dream was coming true.  As he entered the showroom, a young salesman greeted him.  Sudarshan requested for the car and asked the salesman to start the formalities.  In an ideal world, with no incentives to the salesman, Sudarshan would have taken his hatchback car home.  But, salesman requested him to take a look at an entry level sedan which was recently launched by the company and was only a little more expensive than the hatchback.  As Sudarshan started to think about the car, salesman offered him to have a look into the company’s tie up with a bank for a car loan which will make his car affordable at a lower interest rate.  This forced Sudarshan to realise the dream of buying a sedan after 10 years to now, he could not believe the fact that he could buy a sedan for his family.  He immediately bought it as it would fulfill the dream of him and his family, not to mention that he could be able to prove the society that he was making some money.

Though the story looks good for Sudarshan.  But in the hindsight, it is important to understand that whose dream was realised. Why did the salesman show a sedan when Sudarshan wanted to buy a hatchback?  Why was the banker so interested in giving lower interest rates?  And finally the most important question, did Sudarshan actually need a sedan?  Well, these are the questions we sometimes forget to seek an answer for.  Let’s look at this from the point of view of the salesman, firstly, selling a bigger car meant that he would be able to get more commission and meet his sales target for the month.  Sudarshan who was not a potential customer for the bank to obtain a car loan, had now suddenly become one, so offering a lower interest rate to him could advance his chances of publicity or transacting more with the bank.  As per Sudarshan’s financial budget, a hatchback would have suited well but sedan would give him more recognition so now from a necessity it turned to luxury.  That’s what we call as Power of Incentives which are obtained in cash or kind.  Infact, Charlie Munger who is the vice chairman of Berkshire Hathaway founded by Warren Buffet famously talks about ‘incentive caused bias’ as the most influential bias of our times.

Incentive caused bias is also termed as a weapon of mass destruction in the world governed by capitalistic form of economics. Incentives when given for performance is termed as bonus, commission or reward, but when given for destroying the opponent is often termed as corruption or lobbying.  Though it has broader implications, currently let’s look at how it influences a person’s decisions when it comes to making an investment.

Usually, people tend to avoid appointing a personal financial / investment advisor as they feel that he / she charges too much fees for a specific kind of work which can be done by them.  Plus, it’s a matter of huge trust for taking an advise for personal money from someone who is not a part of the family.  Even historically, it has always been the case that such advises have been received either from direct blood relations or someone who is very close to the family members.  With changing times, there are tonnes of investment products that have entered the market, but the problem of trust deficit has not been adhered to.  At such times, an investor would usually consult a financial products distributor as the investor wont need to pay any fees directly, so he is not making an expense out of his pocket.  Therefore, in a very subtle way, the distributor will make money through the commissions of the financial products which he is willing to sell.  Politely, the distributor is now under incentive caused bias. 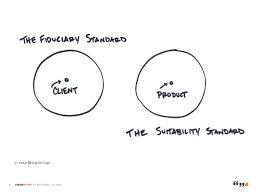 Nomination is such an important aspect of investments, yet too many people take it lightly.  Enough attention and seriousness is not provided whenever an investment advisor asks, ‘who would you like to make your nominee of these investments?’  There may be different reasons to it, such as signature of a nominee is not required, only name and permanent account number (PAN) is required to be mentioned.  So it doesn’t occupy much importance and space in people’s mind whenever such a question is asked.  In the following paragraphs, let’s try to reason out why it is very important and it should occupy a larger space in mind while making investments.

Nomination is a process of appointing a person to take care of assets of investor in the event of death.  Nomination is permitted even in case, where investment in an asset is jointly held by 2 or more people,  but the benefits will only be transmitted in case of death of all the holders.  The nominee appointed has to be an individual only. Only one person can be appointed as a nominee. It is not compulsory to appoint a nominee for each investment. Non-individuals including society, trust, body corporate, karta of Hindu undivided family (HUF), holder of power of attorney cannot nominate.

A minor can also be a nominee. In such a case, the guardian will sign on behalf of the nominee and in addition to the details of the nominee, the name; address and photograph of the guardian must also be submitted.  Under the Indian Legal context, a minor is a person who has not yet attained the age of 18 years.

In this scenario it is completely unadvisable to keep minor as a nominee. The investor is only making things tough for his/her family. After death of the sole holder, spouse will have to open a bank account, obtain a PAN number and do whole lot of formalities before claiming the money. If the investor is absolutely adamant about the child receiving the money, then it is better that he / she mentions the same in his will. To summarize in this scenario there are only cons if a minor is appointed as a nominee

In our view this is the best way of estate planning. After the death of the first holder, the second holder becomes the sole owner and takes control of the investments. If both the holders die at the same time the appointee will become the guardian and will take care of the money till the child becomes major. It is interesting to note that a bank account can be opened in the name of the minor as a sole owner or jointly with the guardian. The pro in this scenario is that the estate planning is done to ensure that the asset is passed at each stage of transition. The set back is the challenge to have a right appointee. The guardian as appointed will have to ensure that all the processes are followed and with right paper work all the assets are transmitted in the name of the minor and subsequently to give away the rights when the child becomes major

This is a scenario of dispute and has different facets to it. The guardian and minor act provide different laws for Hindu and Muslim community. As per the act right of the natural guardian is placed higher than the right of the testamentary guardian. Testamentary guardian is the person who is appointed by the father or mother. So for example if a father appoints a guardian to take care of the child after his death, the rights will not be transferred to the guardian but to the mother who is the natural guardian of the child. Again here it is advisable that the investor mentions the provisions of his assets in the will.

To summarize a nominee has no right over the assets unless it is specified under the will or nominee happens to inherit the assets.  This makes a nominee a mere custodian of the assets and a contact point for the investments. Nominee should be appointed keeping in mind how fast the assets can be transmitted and how the rights can be preserved as per the will.